From the Meter (Breakers)

Now we will discuss the power as it comes from your electric meter. From the meter it goes into a breaker box, as shown:

The power comes to the breaker box in three wires. Two of the wires are hot with 120 volts. The other wire is neutral and goes to the ground. I have named the phases A (blue) and B (red). This is for demonstration purposes only.

The main breaker will cut off the power to all the other breakers, manually. It will also cut off power if the total amount of current is greater than its value (usually 100 or 200 amps)

Each individual breaker will cut power to each circuit manually. It will cut power when its current value is exceeded. They range from 15 amps to 30 amps usually.

You may hear of household voltage as 110 volts. That is because the voltage will vary a little from house to house. Most voltage is between 110 and 120 volts.

These cicuits may be referred to as 220 volts. This is also due to voltage variations.

But let's talk more about breakers. It is important to understand how and why they function. They perform a vital task in protecting you and your loved ones.

Breakers work in a similar fashion to fuses, except they can be reused many times. A fuse has a metal element that can only withstand the heat of so much electricity. If there is too much, the element will melt and break and the power cannot flow through the fuse. Then you must throw away the fuse and get a new one.

Many circuit breakers work on the principle of electromagnetism. The more current that flows through it, the stronger the magnet becomes. At some point there will be enough electricity to trip a very stiff switch. And the power is cut off.

Some breakers use two strips of metal that bend under electric current. At some point they will bend enough to throw a switch. The basic principle is the same.

Here are actual pictures of my breaker box: 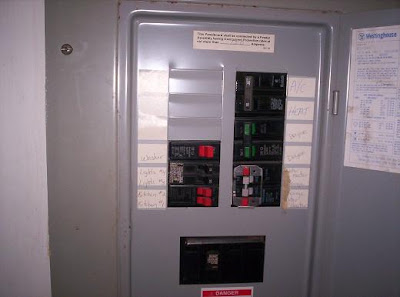 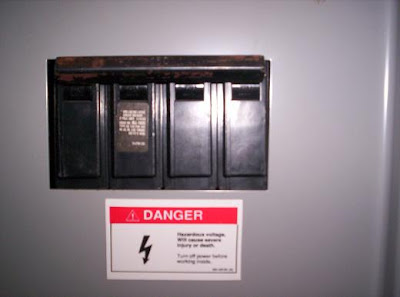 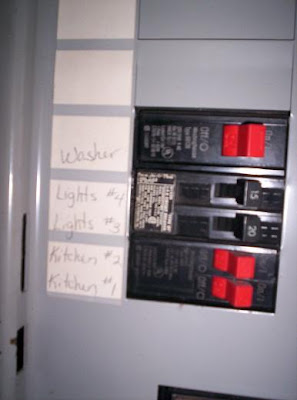 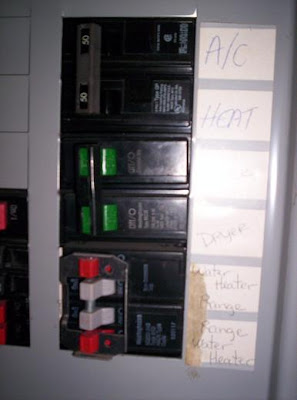 Next we will talk about conductor (wires).

Sam Lemon
I appear to this one and that one